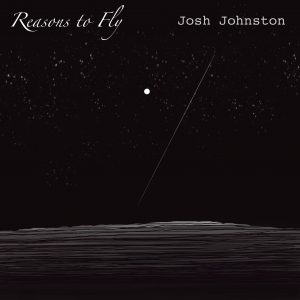 “It’s very strong on all fronts. It calls in, says what it has to say and goes home. But it’s the kind of visitor you’d want to call again.”
Jackie Hayden, referring to Southern Song (first track on the album)

Four years and a pandemic in the making, Reasons To Fly is the name of pianist / singer / songwriter Josh Johnston’s 6th solo album.  It is an album of stories about movement; the need for it, the need to sometimes stay still. Written with Irish and international songwriters, the characters in these stories are met with a sympathetic voice and are musically wrapped in a tender and passionate musical backdrop. The musicians in the band on the record include Dave Hingerty (The Frames, Kíla, Josh Ritter) and Jack Maher (Declan O’Rourke, Sharon Shannon). The album was produced by Josh and Anthony Gibney (Jane Willow, Nick Kelly, Gerr Walsh)

Reasons To Fly will be launched on 18th June 2022 with a concert in Dublin Unitarian Church and will be available to stream, download digitally and purchase on CD from the previous