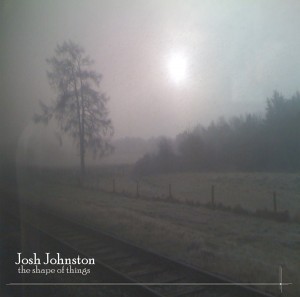 All compositions by Josh Johnston except

Where his previous CD Asylum Harbour hoped to answer (or at least voice in lyrics) some of the questions of his particular human experience, Josh’s 2010 CD comes at a time when he realised that sometimes there are both not enough words and too many words to give us perpetual calm in this life – sometimes we need a moment of quiet. So here instead is a piano-solo CD recorded two days after the end of the big freeze in January 2010 in St. Peters’ Church of Ireland in Drogheda, County Louth, Ireland. The cover was designed by Keith Mullins using photographs taken by Will O’Connell.

The CD features 11 original compositions, a new composition by long-time collaborator David MacKenzie and a unique interpretation of The Late Train by Roesy.

Although there was a composed structure to all of the tracks, various parts of some of the tracks were improvised in the studio.

The idea of recording a completely instrumental album had been brewing for a while. Josh explains; “I’ve always put instrumentals into my live set as the piano and my piano style is such an important part of my sound and I knew people enjoy that side of my playing. A lot of people had been suggesting to me that I record a purely instrumental piano album but I always resisted as I could always hear other instruments in my arrangements and love working with other musicians but I was recording a follow-up to Asylum Harbour and when the lyrics were taking longer than I wanted for them to come, I decided to change tack and spend a day recording with Brian Masterson who I’d worked with before with David MacKenzie and on Asylum Harbour. We went to Drogheda to record some music piano solo – we had no preconceptions but to record whatever happened. The sound grew very organically from the beginning of the session which was right in the middle of winter and at the tail-end of a really cold snap. I think the atmosphere is really palpable from the tracks and that wintery feel informed my choice of cover art as well. By the end of the day we had 13 tracks and that was definitely a CD’s worth. I’m really looking forward to playing the music live.”

To purchase The Shape Of Things from Josh’s Bandcamp page, please click on the link..