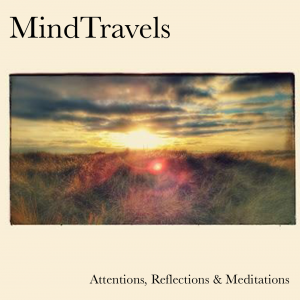 MindTravels – a new creative pairing of Mark Hutchinson and Josh Johnston – are creating a new type of music. Neither instrumental nor song in form, neither new age nor classical in sound. Mark Hutchinson is an English poet and Unitarian minister who met Josh Johnston, an Irish pianist and church organist, at a conference. After Mark gave Josh a lift home to the airport, their friendship stuck. A short while later, Mark began using Josh’s instrumental music as interludes for his services. The natural development was for them to develop worship material for the service from scratch, not just for congregational use but for anybody who wants to listen.

Since then, they have been creating and sharing a series of musical reflections and meditations for all, coining the term “attentions” in the process. Crossing the borders between mindfulness and mental health awareness, Mark’s incisive and gentle spoken word performances combine with Josh’s improvised piano to produce a truly unique experience; at times passionate and inspiring, at others calming and encouraging. An ongoing series of videos running on social media twice-monthly since December 2020 has already elicited praise and support, making a debut album an enticing proposition. They are thrilled to be releasing this in August and marking it with their first tour of the UK & Ireland in the second half of the month.

The album will be launched on 15th August 2022, the day of the first performance of the tour in Manchester, a city of great import to both, being home to Mark for many years and university to Josh in the 1990s (Salford University). They are also excited about two performances in the Edinburgh Fringe Festival the following week.

MindTravels, the album, is available on CD and digital, and also available to stream.