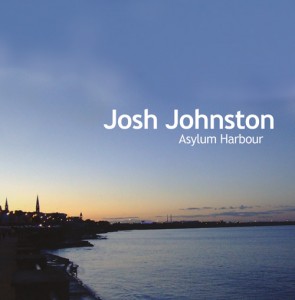 Josh has been writing songs and instrumentals with various co-writers since 2000, and has been looking for ways to broaden the sound of the music. Since January 2008, he has been performing this newer material live with a new band formed from musicians he met and played with elsewhere. Together they are giving conviction and enthusiasm to his new style of music. In various music rooms, garages and bedrooms throughout Ireland, Josh and the band have made a new CD, Asylum Harbour, a collection of original tunes inspired by the themes of home, identity and the search for calm in this mixed-up world.

To purchase Asylum Harbour from Josh’s Bandcamp page, please click on the link..