Josh Johnston is a pianist, arranger and composer/songwriter from Dun Laoghaire, just south of Dublin in Ireland. After graduating from the University of Salford with a degree in Popular Music in 1997, he bided his time for a few years, working in radio and music retail before taking the plunge to try his hand at being a full-time musician in 2000. 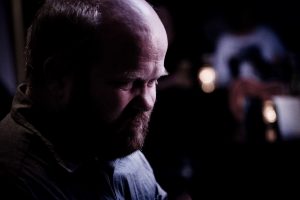 From 2001 to 2007, he enjoyed writing and performing with Birr singer / songwriter Roesy (www.roesy.net), appearing in countless shows and on three CDs. As well as this, he has played live and recorded with musicians from across the musical spectrum such as Truly Divine (their duo CD Close Your Eyes was released in April 2016), violinist David MacKenzie, Kila, SJ McArdle, Breda Mayock, Keith Mullins, Peadar King, Maggie Breheny, Stewart Agnew, Hank Wiedel, and Ronan Swift, among others.  He is also the resident pianist at the Cáca Milis Cabaret, an irregular cabaret evening in Wexford and Dublin where the best of all the arts – but in particular music, comedy, dance, film, and spoken word – are exhibited.

Josh has directed and sung in many chamber choirs (he currently sings with the Laetare Vocal Ensemble). He also accompanies choirs, singers and soloists; for exams, rehearsals and recitals and is the organist at the Unitarian Church in Dublin. Classically trained and with a keen interest in all forms of popular music, he is a versatile and valuable session musician, equally at home in jazz, folk and rock. 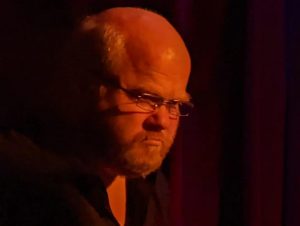 Josh has recorded six CDs and one EP as a solo artist.  Three (and the EP) are recordings of songs mostly written or co-written by Josh.  Two are solo piano, again mostly composed or improvised by Josh.  The fifth, Josh’s debut from 2000, is a mixture of the two styles. In 2022, Josh is involved in two recording projects.  His sixth solo CD, Reasons To Fly, was released digitally and on CD on June 18th 2022. In August, the debut CD of MindTravels, a new collaborative improvisational spoken word / music project with English poet Mark Hutchinson, will be released with a tour across the UK and Ireland.

All of Josh’s own CDs (and David & Josh, & Truly & Josh as well) are up on the Discography page – working on gradually including CDs that he has played on over the years.